Fennel seeds have been used extensively as a digestive aid. For this reason, they are immensely popular in Indian restaurants and typically offered as a mouth freshener after a meal. Fennel seeds have a mild and pleasant minty taste. They are almost licorice like and are used in cooking a variety of Indian dishes. Ayurveda recognizes the significant effect of fennel in digestion and other health issues as well.

Fennel seeds can be helpful for:

Fennel seeds are a rich source of vitamin B3 and C. They are also rich in magnesium, potassium and iron. Since they also have dietary fiber, these seeds provide immense relief from constipation. They aid in removal of ama or toxins from the body. Fennel seeds have also been noted to prevent inflammation and reduce the risk of cancer.

Fennel has been used widely in Ayurveda. It has tridoshic properties which means it can help reduce vata, pitta and kapha doshas. Fennel has a cooling nature. It provides the best effects when steeped in water rather than when cooked. Ayurveda makes use of fennel in a number of ways to treat 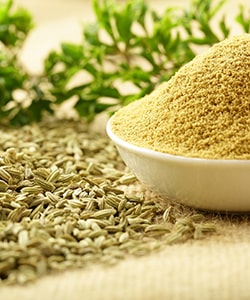 various ailments as described below.

Always consult an ayurvedic doctor for the best ways to incorporate fennel into your diet.

Urinary Tract Infections or UTIs are commonly seen in women....

Ayurveda believes that a healthy gut is key to good...